Skip to content
The last couple days have been a hoot.  We have had some down time to just hang out together.  During this time I have had the opportunity to hang out with some old friends as well.  Yesterday, Bobby and Anthony joined me for lunch.  This morning I was able to have breakfast with Dan and Melissa (Dan spoke at the River Rue Bus Caravan). It was exciting to hear their plans to plant a church in North Carolina this time next year.  Then, this afternoon, I was able to drive to the NW area of Phoenix and see Anthony and his family once again.  I also took Micah and a few of the guys to my old stomping grounds (house, church, etc.).

Dan and Melissa Stone came by 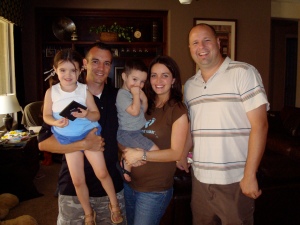 Ella, Anthony, Bennett and Stephanie... and some other guy. 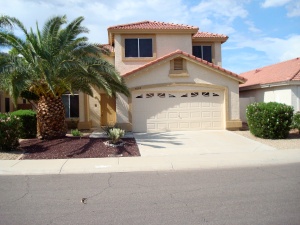 Ricky, Dylan and John at the M's spring training facility

The guys are currently getting dinner ready.  They were assigned the task of working together at making  meal.  We wanted to live out Acts 2:42-47 and share/break bread together tonight.  It is neat to see them come together for this “Last Supper.”  I will post about that later.

Frankie, Hollywood, Francisco, etc.. He’s been a fun kid (okay, young man) to have around the last four years.  I have really seen him mature in his walk with the Lord.  Frankie has been a ring-leader of sorts for this group and I believe he has gifts in leadership that will be used for the future of the church.  I remember the first several weeks in Lifeboat and the questions Frankie would have; his faith was his, but certainly seemed like a “Sunday School” type faith.  Just today I came back to see he and Alex studying the Word together on the back patio.  He is now answering questions far deeper than the ones he was asking four years ago.  Frankie is a gifted musician and I hope he will use that gift as an encouragement to the greater body.

My Bold Prediction for Frankie: Frankie will start a Rock Band named “Fighting Foo.”  They will have several hits that receive a lot of radio play, but then, in true Frankie fashion, he will just stop the band.  When asked why, Frankie will reply, “just because.”  He will then fall in love and become the worship leader at a huge church… in Canada, because he doesn’t know Spanish.  He will also compete in the Monster Truck circuit for a few years.

Dylan Johnson came to our Lifeboat about half-way through his Frosh year in high school.  He had heard about the Alaska mission trip and wanted to be part of it, which meant he needed to attend a Lifeboat.  Though he never did do that mission I am quite pleased it was incentive enough for him to join the boat.  He has been a blessing to have around.  Though he is one of the funniest guys you could ever be around, he is also one of the most sincere Christians I have met… the challenge is for him to allow people to know when he is being funny and when he is being serious.  Very few people know the depth of Dylan, I believe I am privileged to know that the depth and I hope and pray He will gift people with his passion for Jesus and the church.  I believe Dylan could become a pastor or some sort of teacher, but I also believe he could use his humor to glorify the Lord through the entertainment industry.  He is headed to SPU in the fall.

My Bold Prediction for Dylan: After a couple years as a youth pastor and a couple years starring on “Happy Days 21st Century,” Dylan will become a church plant pastor in Hollywood.  Using his humor as the entry point, he will turn stories like “Doubting Thomas” and “Paul and Barnabas’ Break Up” into serious Gospel presentations in which the likes of Tom Cruise and Oprah become interested in taking a deeper look at the Christian faith.  Dylan, unfortunately never does get past his love for Taco Bell and ends up with a serious gut illness from the Crunch Wrap Supreme.  He retires to Florida with his fourth wife* and 7 kids (yes, Ricky has more).

*The other three wives all pass away from food poisoning.

I love my lifeboat guys!  And I know the boldest, and true prediction is this: They will love the Lord their God with their heart, soul, mind and strength!

One thought on “Visits, Frankie and Dylan”