In May of 2016 the leadership of my church asked me to serve (on an interim basis) as point person for our student ministies as we began a search for our next Student Pastor. We believed this would last about four months. Somehow the math got messed up and my four month interim turned into 18 months.

So, with that math in mind, I will start a four-post series (wink-wink) where I share insights from my return to the Youth Pastorate!

My relaunched YP career began where my last one couldn’t— with experience. My first go, back when hair was popular and possible, as a 19 year-old, started with just me with four Jr. High boys at a church-plant (similar to today, about 50% of them were deodorized). By contrast, in 2016, I inherited a solid group of volunteers, a critical mass of students and a good core of supportive parents.

Most in youth ministry reading this post will relate more with my 2.0 experience— you’re either inheriting and/or reimagining a student ministry; which leads me to my first insight…

Relaunch Realization Number ONE: Stop, Look and Listen
In 1992, I was starting from scratch and learning on the go, it was my youth ministry leadership infancy and toddlerhood all in one, a little Chutes and Ladders if you will? Fast forward to 2016, I inherited an already-in-process Monopoly game— metaphorically there were houses on some properties, hotels on others. I found cash laying out, Chance cards stacked and property cards that had evidently been mortgaged.

The problem: I didn’t know who owns what property, which game piece belongs to which player and who’s turn is it to go next?

As I re-entered the game, I had to assess the situation before making a move. Similarlty in youth ministry it is often wise to stop, look and listen before making your next move. 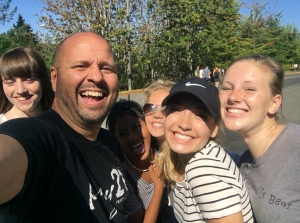 Whether you’re inheriting (starting a new role) or simply at a stage where you’re reimagining what your ministry can and should look like, I suggest that you hit the pause button and truly assess the status. Here are few things I did and some simple ways to stop, look and listen:

Like Monopoly, I took a moment to enjoy the Free Parking, maybe it’s time for you to do the same as you stop, look and listen before you take your next turn?