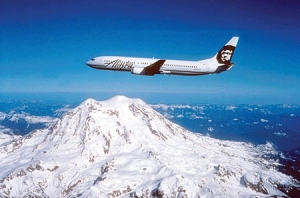 Greetings from 35,000 feet.  We are on our flight from Seattle to Phoenix for the Lifeboat “Last Hoorah.” The first group is headed down about five hours ahead of the second.  On this flight I have five of the guys who have helped shape one another’s lives for the last several years.  Alex, Frankie, Dylan, Ricky and Naked Steve (I’ll explain) are sitting around me and are quite thrilled to be headed south for this fantastic time together.  We’ll be joined by Micah (my co-leader, aka, “Little Buddy), John D., Brandon and Tim.

In 1997 I became a “C-Group” leader of the freshman guys at First EPC.  In four years I grew very deep with that group of young men.  We spent the first two years sharing life and the book of James.  The last two years of their high school career we continued to encourage one another as we trekked through the book of Romans.  I NEVER thought I would grow as close to a group of young men as I did that group.  I thought wrong.

In 2004 I became the “Lifeboat” leader for the freshman guys at BPPC.  In the last four years we have shared life and the book of Acts.  This a diverse group, I love each one of these guys.  I count it a privilege to have them as part of my life.

Throughout the trip I think I will take the time to post about each of these young men… I’ll start tomorrow!

Many hours have now passed, the first group has arrived, we did the Costco shopping, first look at the house (and first swim) then we hit Chili’s for dinner.  I have now made my way back down near the airport am awaiting the second group.  Can’t wait to see their reaction to the house!

At no point leading up to the trip did the guys ever ask anything about the house… well, it’s pretty great.  We received a fantastic rate, less than if we used a hotel.  But the amenities are so great.  Take a look at how we’re being spoiled this week here!

Looking forward to this great time with these young men!